Starting Out in Korea

A graduate of the University of Texas at Arlington (College of Business Administration), Steven S. Bammel came to Korea in the mid-1990s, working in Seoul for nearly five years within the LG Group of South Korea. During that time, he learned about Korean business practices from the inside as a member of the team handling international trade support work for LG International Corporation.

By the end of the 1990s, Steven had successfully promoted overseas business for several Korean companies and edited/translated hundreds of documents. 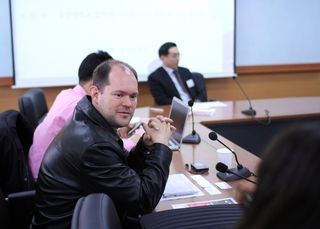 Based on this foundation, Steven returned to the US in 1999, and then founded Korean Consulting & Translation Service, Inc. in mid-2000. During the first several years of building the company, Steven, his wife Myunghee and two children Treasure and Cauvery, shared their time between Irving, Texas and the company’s corporate apartment in Ansan, near Seoul, Korea.

Thanks to a perfectionist mindset and deep understanding of the requirements of translation clients, not to mention high-level Korean skills, Steven and his team have successfully handled more than ten thousand projects both large and small over the years, mainly for US-based companies and agencies, but also for individuals and corporate clients around the world, many of whom have provided testimonials and given permission to publish them. [EXPIRED LINK REMOVED: https://www.koreanconsulting.com/testimonials.php]

Steven is one of the only non-heritage Korean speakers to achieve a top ranking on the Translation Competence Test of the Korean Society of Translators and is also certified at the highest level for SDL Trados and memoQ translator pro, the leading software used by translation professionals. He’s been a member of the American Translators Association since 2000.

Steven has served as a GyeongGi Province Foreign Direct Investment Advisor, as well as a consultant to the GyeongGi Association of Foreign-Invested Companies.

In early 2008, the Bammels returned to Korea indefinitely so that Steven could study at the Graduate School of Business Administration of Hanyang University to further develop his unique Korean business perspective and to improve his language skills in an immersive Korean language environment.

Steven is still a ceaseless student of Korea and the Korean language in spite of already having been recognized at the highest level on the Test of Proficiency in Korean (TOPIK). 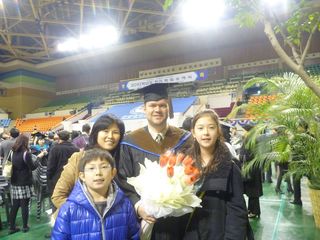 In September 2012, Steven started back at Hanyang University as a doctoral student, still focused on management strategy, and he is working to earn his Ph.D. by 2017.

An Accessible Expert Resource With Informed, Fresh and Nuanced Perspectives on Korea and Korean Business

Steven is the creator of Korea Business Central, a unique online space with free and paid resources for members to deepen their general knowlege, improve credentials and discuss with Steven and others about business and non-business (but always Korea-related) topics. The community’s Facebook page is called Korea Business Network. 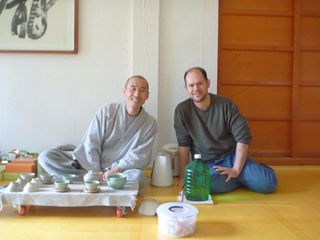 Steven is director and developer of the KBC Professional Certification Program, a unique and affordable online educational resource within the paid resources on Korea Business Central that gives students the expertise, support and credibility to reach their goals in Korean business. The program currently offers a specialization in Korean Business Culture Fundamentals, with more planned for the future. (Testimonials about the program.)

In addition to being author of this Korean business weblog, Nojeok Hill: My View from the Top, Steven has developed a variety of practical Korean business resources, including the Korea Business Adviser column for Seoul Magazine, some of which are listed on his Amazon Author Page. 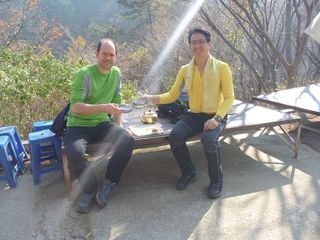 Steven’s achievements, roles and opinions have been covered in the media, both online and offline, His work is also the subject of dozens of testimonials on his LinkedIin profile.

Finally, since first arriving in Korea nearly twenty years ago, Steven has only called one city home there and he tirelessly promotes Ansan through the perspectives here at Nojeok Hill and in the Seongpo-Dong Photoblog, which includes a variety of travel collections from around Korea, as well as the Chirisan Doollae-Gil, his main current destination for outdoor recreation.