I few weeks ago, I came across a Korean translation error on my new Google Android smartphone. At first, I thought it was a mistake in the Android interface itself, but in the end, I decided it probably came from the Chinese camera supplier and just got plugged in to the phone UI without being properly checked.

However, this one in the basic settings section (reached by simply sliding one’s finger down from the top of the screen) looks to be part of the main Android interface itself. 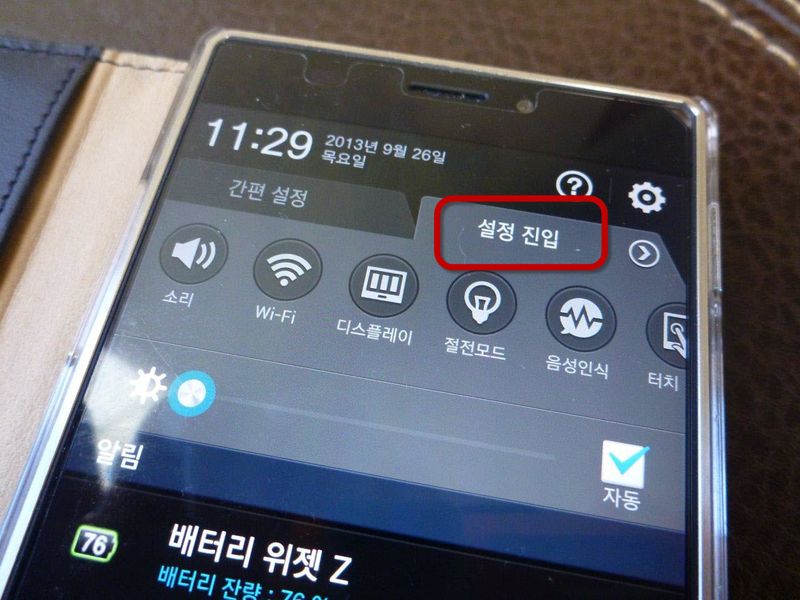 The marked text could be translated as “settings entry”. According to Naver, the second Korean word (진입) here means “entry, penetration, enter, penetrate”. [EXPIRED LINK REMOVED: https://dic.naver.com/search.nhn?dicQuery=%EC%A7%84%EC%9E%85&x=-697&y=-190&query=%EC%A7%84%EC%9E%85&target=dic&ie=utf8&query_utf=&isOnlyViewEE=] (The first word 설정 correctly means “settings”.) Perhaps this is the tab for getting into the settings menu, or something? Well, not exactly…

First, even if it means “entry”, the word 진입 is extremely awkward. It doesn’t belong in this context at all. But beyond this, it’s just a mistranslation, which we can know by comparing with the same screen in English: 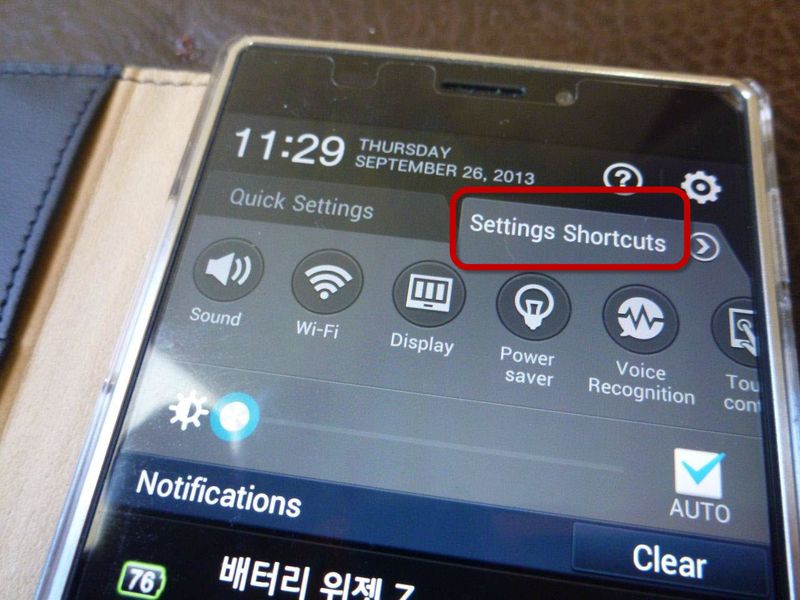 Ah, so the Korean here should have the meaning of shortcut links to key phone settings… Apparently the translator misunderstood “shortcut” as meaning “a shortcut to enter” the settings menu. But there’s a suitable Korean term for computer shortcut and a correct translation here would be “설정 단축 키“, which means roughly “shortcut keys for settings”.

Korean Translation Tip – It’s unreasonable to just send Excel files with hundreds or thousands of phrases and words to a translator and expect him/her to translate it all correctly without context. Not just that, translations of disjointed words and phrases (even when context is provided) take much longer to translate than normal text and so the budget should be adjusted accordingly. It goes without saying that competent translators must be hired, but even they will not necessarily get everything right the first time, and so a final review within the UI should be performed and to do it right, this process will take time and at least require screenshots and explanations. There are no two ways about it; it’s a tedious process.