Koreans are all "one people", which is why they all think alike about politics, and that leads to political harmony across the nation at all times. It's not even election time, but the following signs were seen around Ansan recently.

The Democratic Party asks, "A year since the presidential election, have you gotten happier?" and then promises that they will restore people's livelihood and democracy." 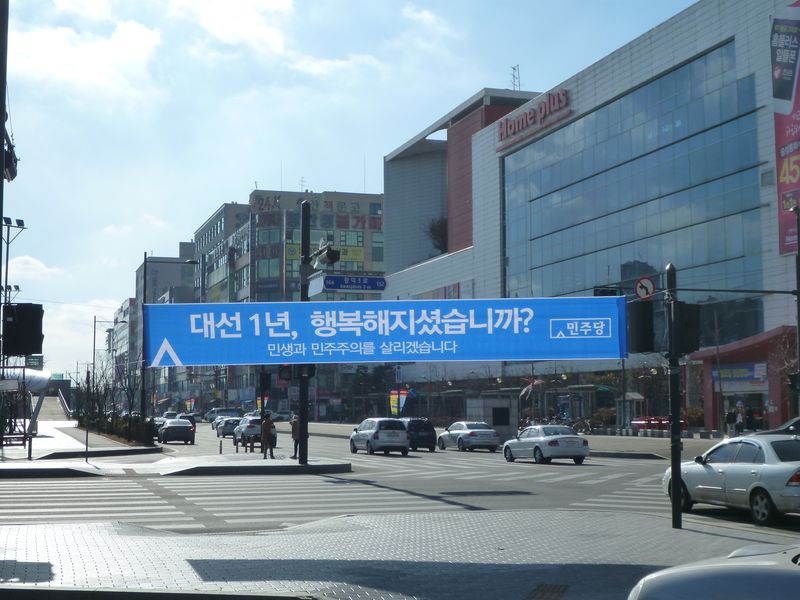 The Seanuri Party (the ruling party) says that refusing to recognize the presidential election is an insult to the people and tells the Democratic Party to expel party members Hana Jang, who makes ridiculous statements that the president should resign, and Seung-Jo Yang, who commits verbal assassination. 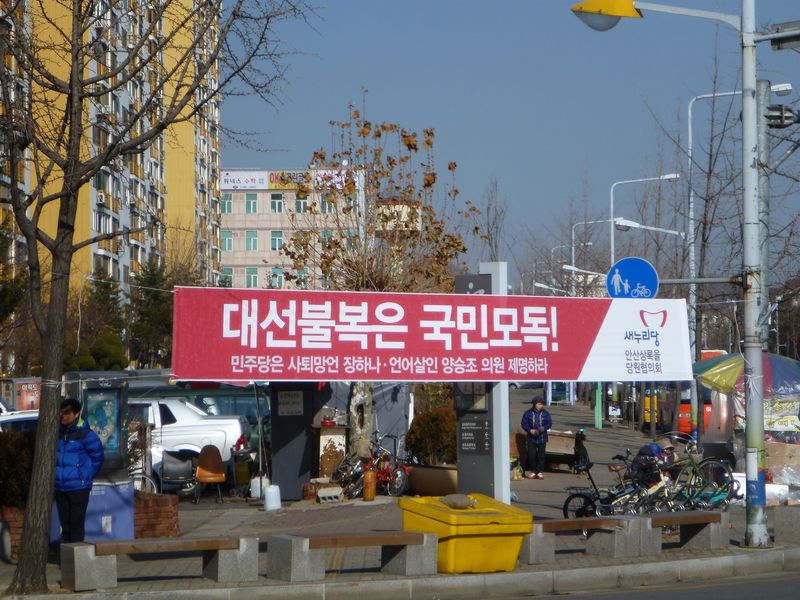 The Justic Party reminds us that the government's interference in the presidential election is an insult to the people (and presumably more of an insult than not recognizing an election that they see as fraudulent.) 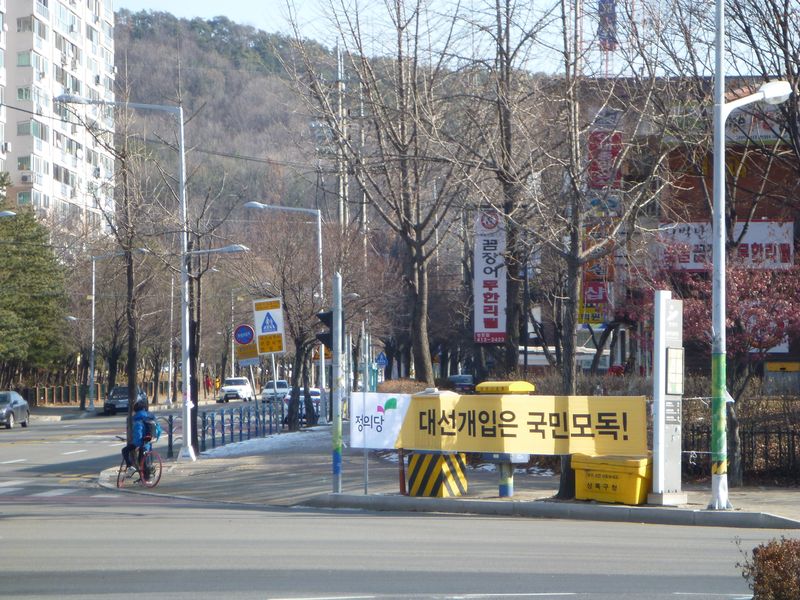