When I Went Swimming Near Sunchun City (By Cauvery) 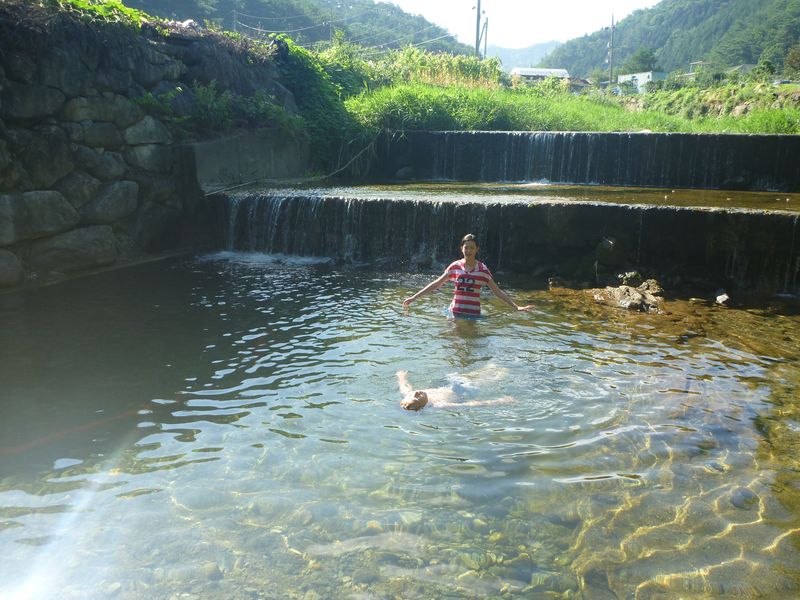 The place I was swimming is near Suncheon city. It was a creek near from our pension. A pension is like a place you sleep. The pension was beautiful. Their were bunch of insects. On the top of the hill there were dogs, chickens, turkeys, and parrots. The pension was like a zoo. I was swimming with Treasure. I was floating in the water because I was pretending I was dead. When I was little I thought, "I can't float in the water." When I would float in the water, I would just drown in the water. Now I know how to float. The creek was very little, but their was a deep part of the creek. I saw some fish in the water and the water was very clean. We played about 50 minutes. The bad part of the creek is that the rocks hurt my feet. Still I had a great time.

Tags: Around KoreaCauveryTreasureWritten by Cauvery