A Drive Around Nojeok Hill 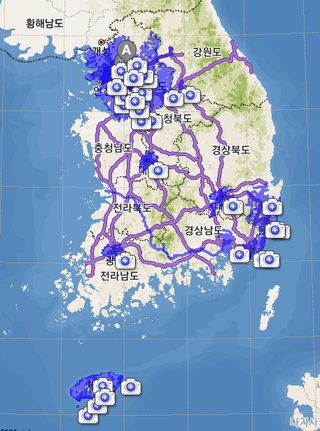 Korean portal site, Daum.net, offers a mapping service of Korea that is very similar to Google Maps. And just as Google has been unrolling their Street View across North America, so Daum is doing the same in South Korea with Road View. This is where 360-degree photos are taken by a camera strapped to the top of a specially-fitted vehicle as it drives down the road.

So far, Daum has covered the main roads in the main cities, including everywhere indicated in blue lines in this graphic. Just this week, the company announced it is going to extend coverage soon to every drivable road in Seoul.

I don’t know when they will get their camera cars out to the alleyways of Ansan, but they’ve already photographed the main roads here. And so I put together the following four minute video from those photos simulating a drive from the entrance of our apartment complex, out and around Nojeok Hill and then back home.

Because of the way the photos were taken, there is a good bit of reckless lane changing and driving on the wrong side of the road, but that is just part of the fun, I guess.

You should notice Nojeok Hill in the background during much of the video.

The following map shows the path taken in the video: 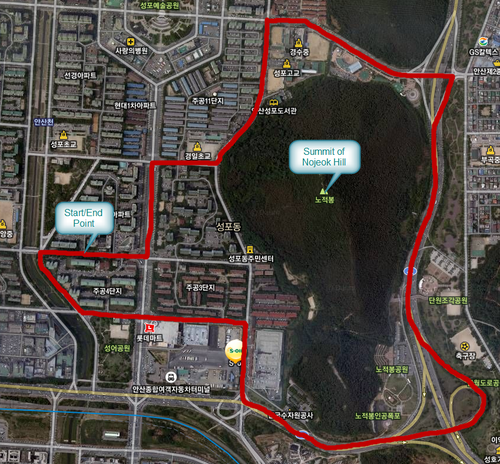 Tags: General Observers of KoreaNojeok Hill: My View from the Top