We were told that about 2,500 people live on Haeui Island. Judging from the size of the middle school/high school, there must have been a lot of children at one time. However, like most of rural Korea, there aren't many kids left and I understand that the school is way underutilized now.

Other than that, the island has one bus route, one police station, one gas station, one elementary school, one post office, one senior citizen center, one clinic, one bank, one government administrative office… pretty much one of everything… And they're all centered around this one central area next to the boat dock.

There are apparently six places with rooms for rent though, and two or three small grocery stores. 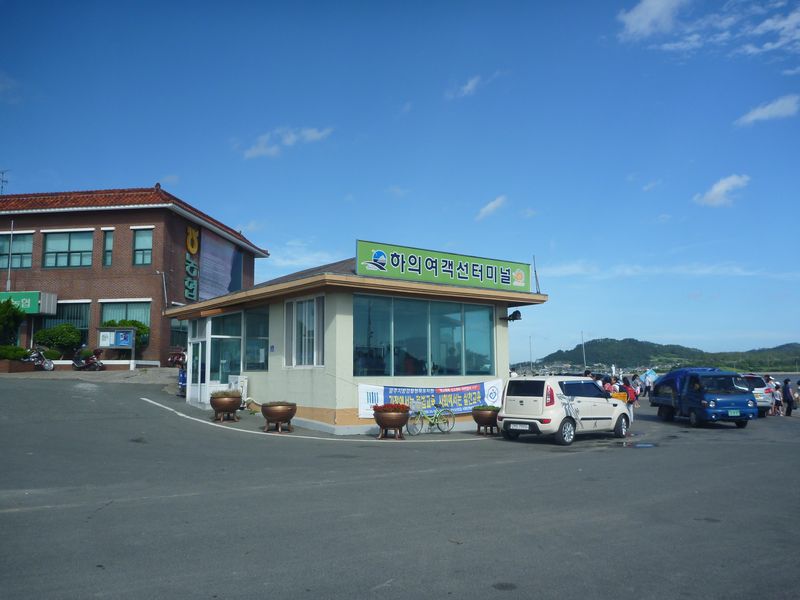 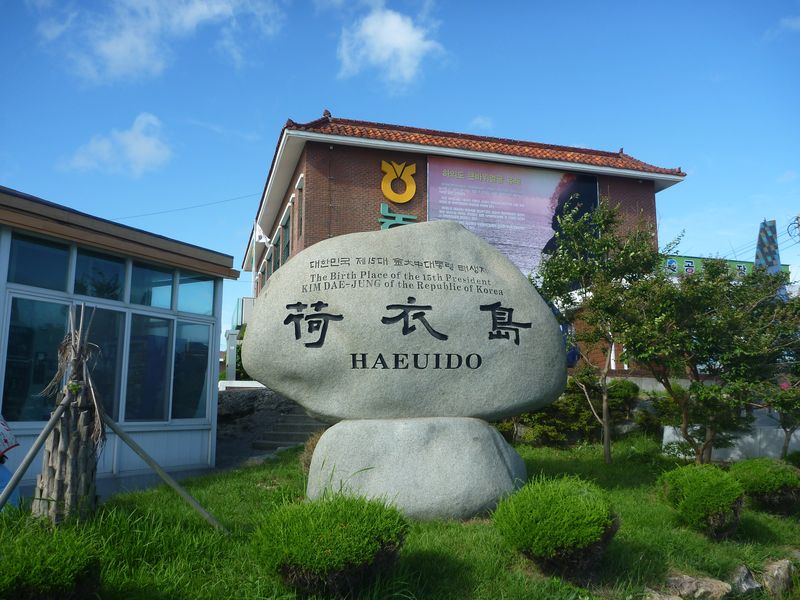 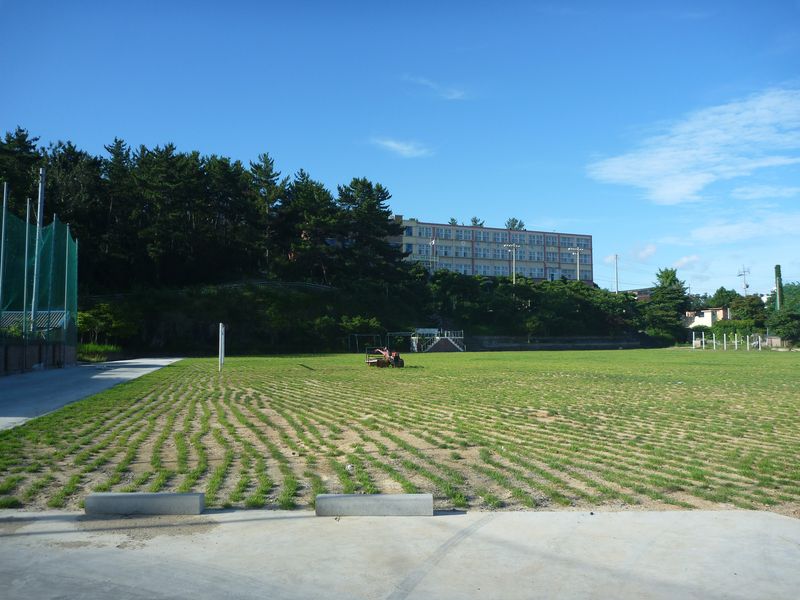 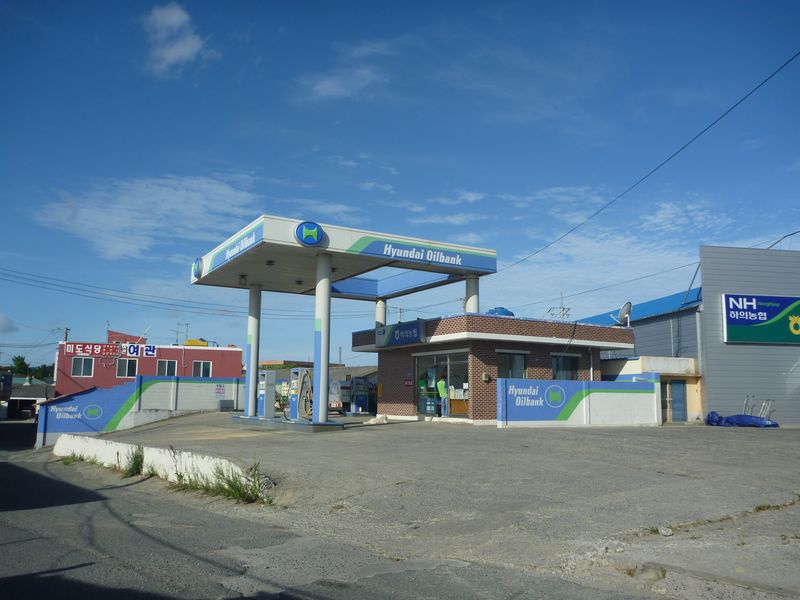 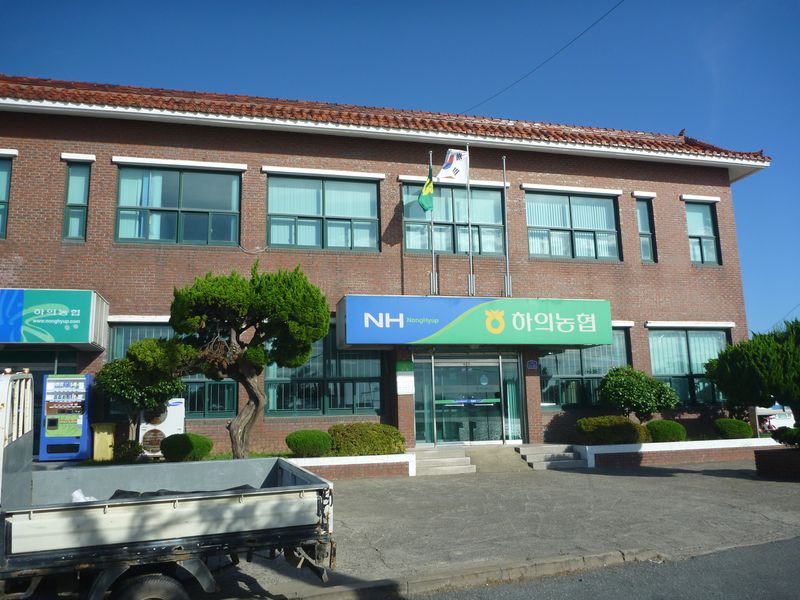 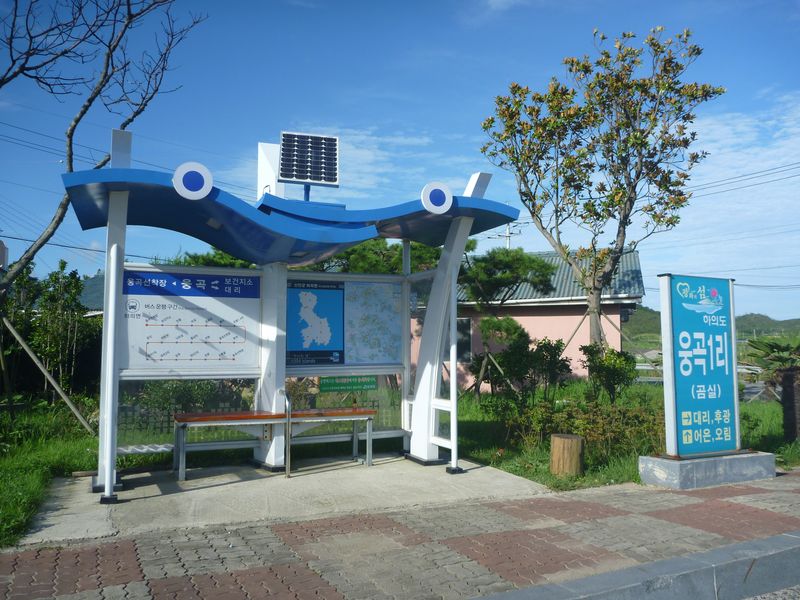 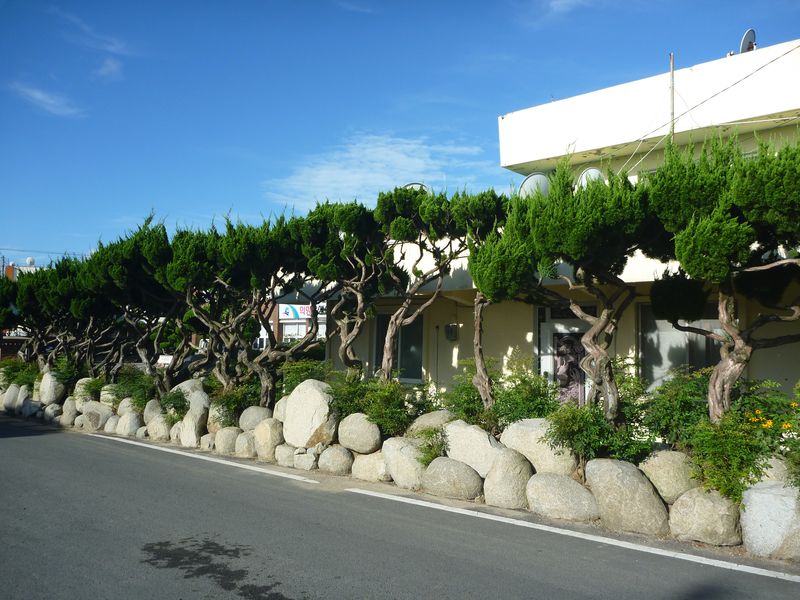 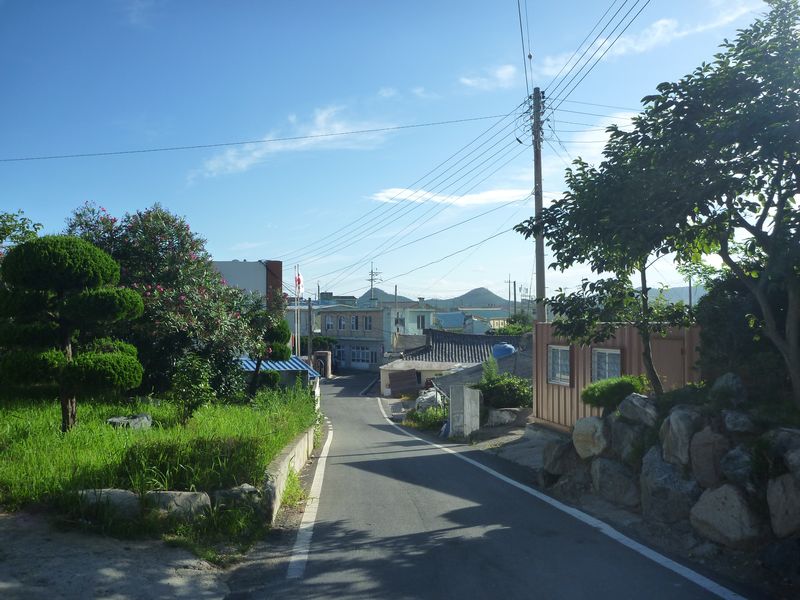 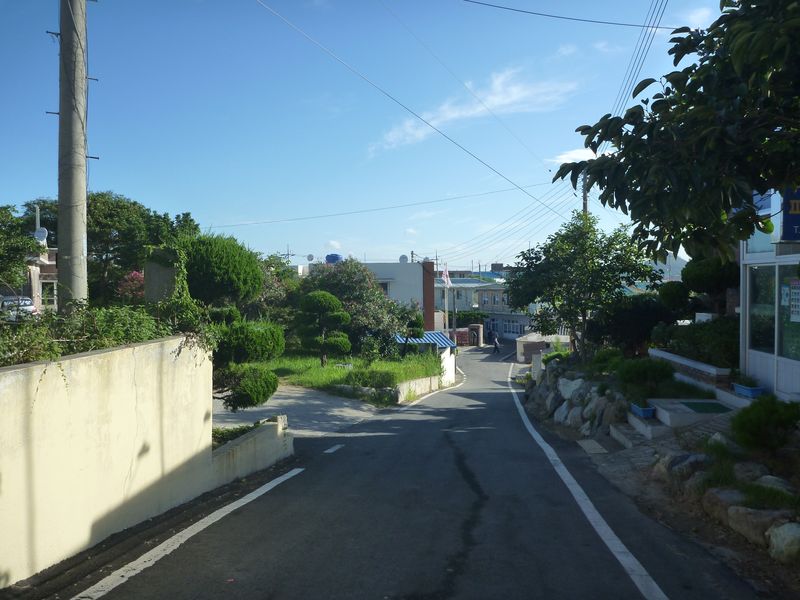 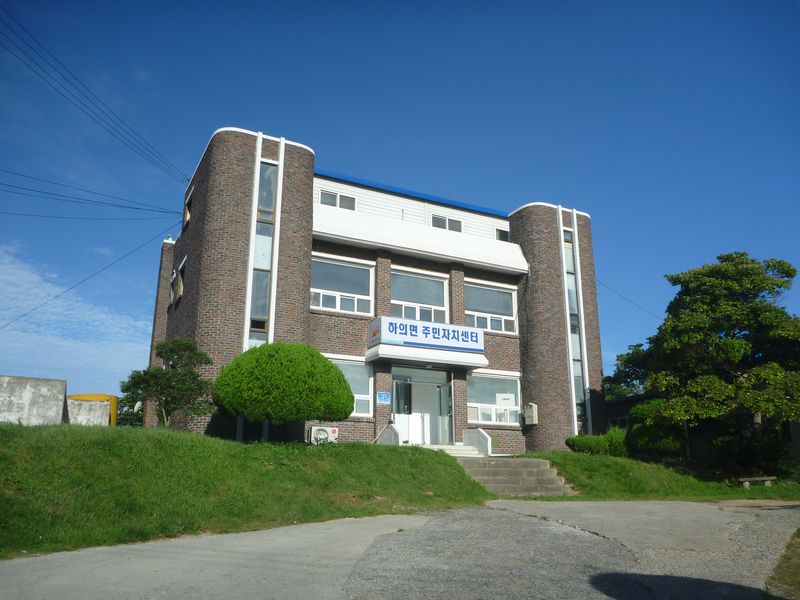 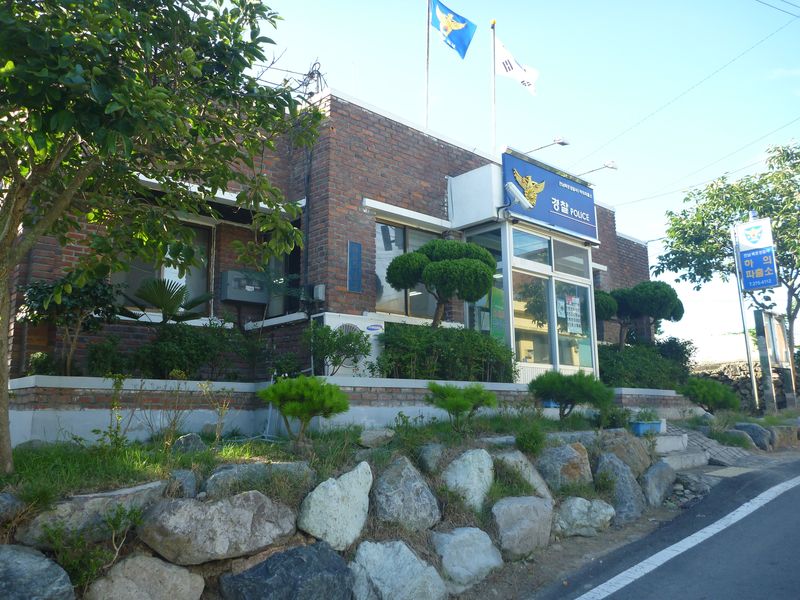 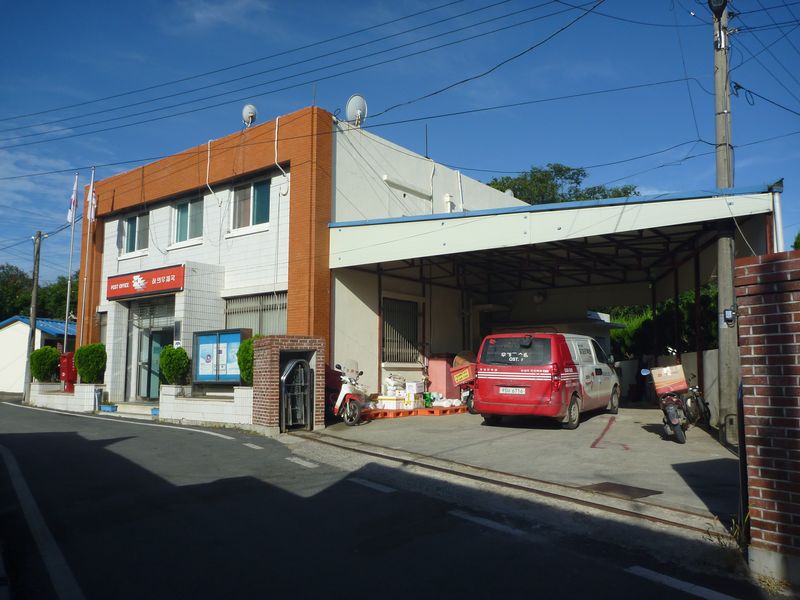 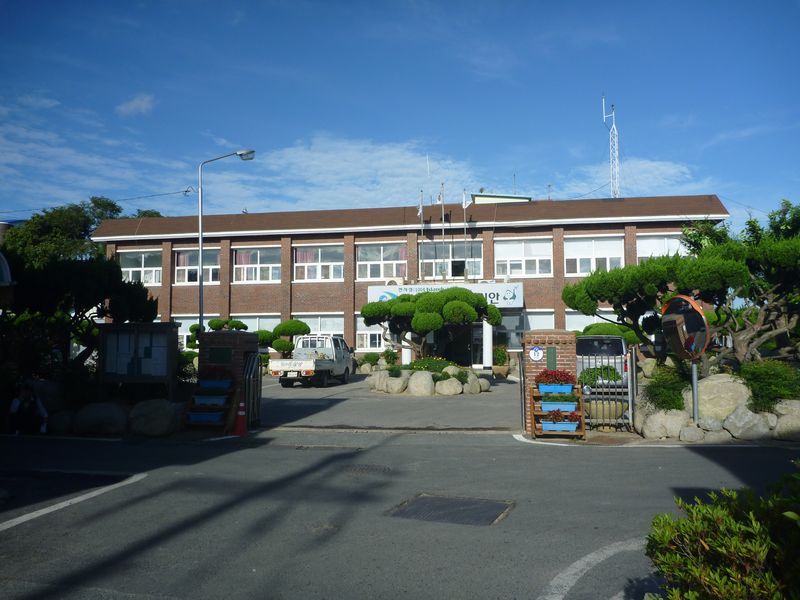