What was at least as interesting as the few remaining buildings and tanks of the old gold mine, was to find a new gold mine in the same spot! It's also closed now and the empty buildings and area around are a mess (the big building up the hill is in such disrepair that we at first mistook it for the original mine of 50 years ago), but the sieve-looking device shown below has a manufacture date of 2006, so it obviously hasn't been long since they gave the area another try.

In fact, while asking around looking for the location, one person mentioned (without going into details) that the work around here had generated a lot of ruckus in the area. Everbody we asked knew what we were talking about when we asked about the mine, but they must have mainly been thinking about this latest version of it since whenever I tried asking about the original name ("Tongsan Mine") or that it had been run by an American or tried to refer to the old name of the landmark hill in the stream below ("Bae-Bawi" or "Boat Rock" – It's been renamed "Saja-Bawi", or "Lion Rock), nobody had any idea what I was talking about. 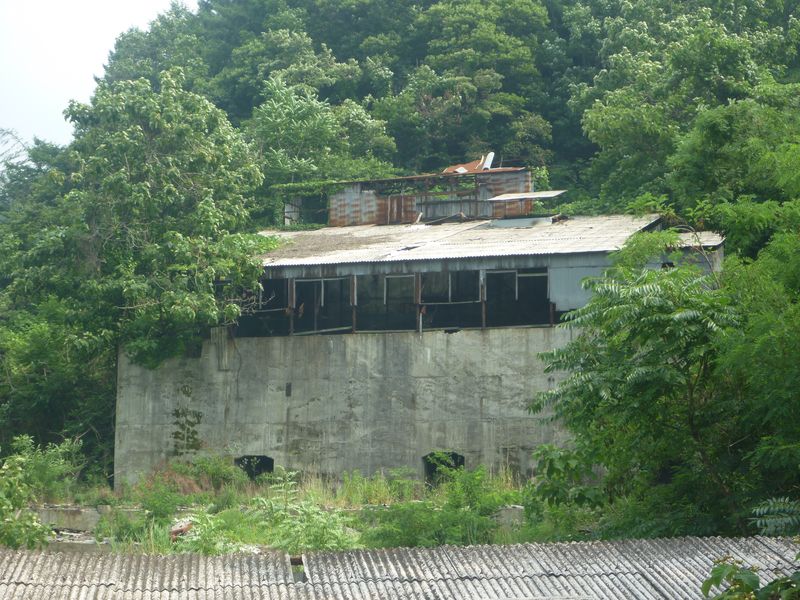 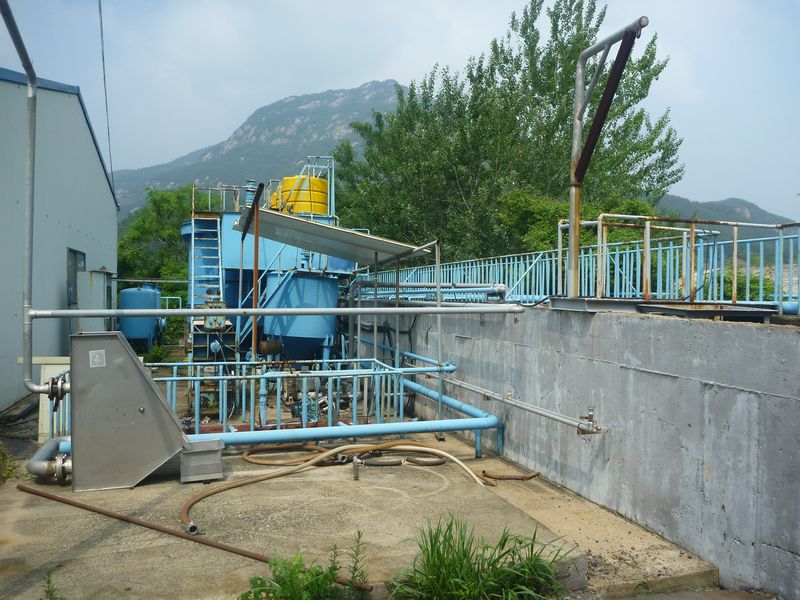 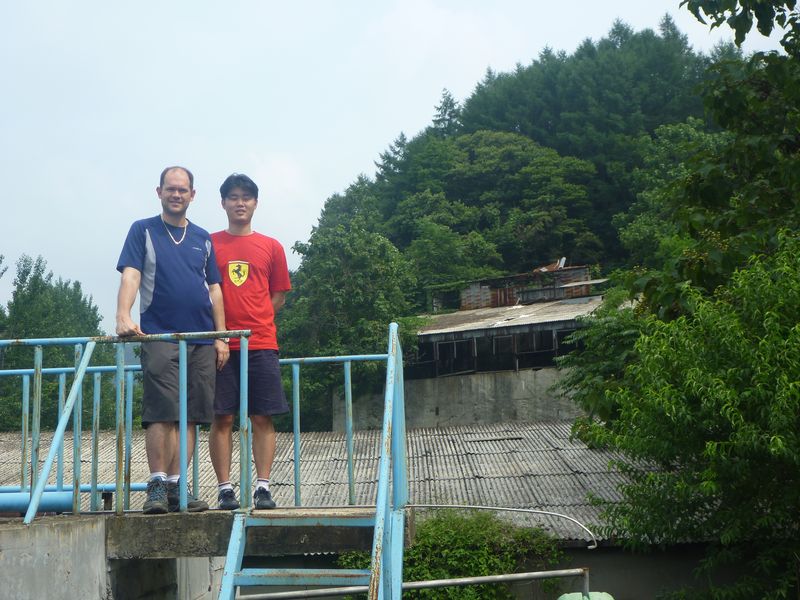 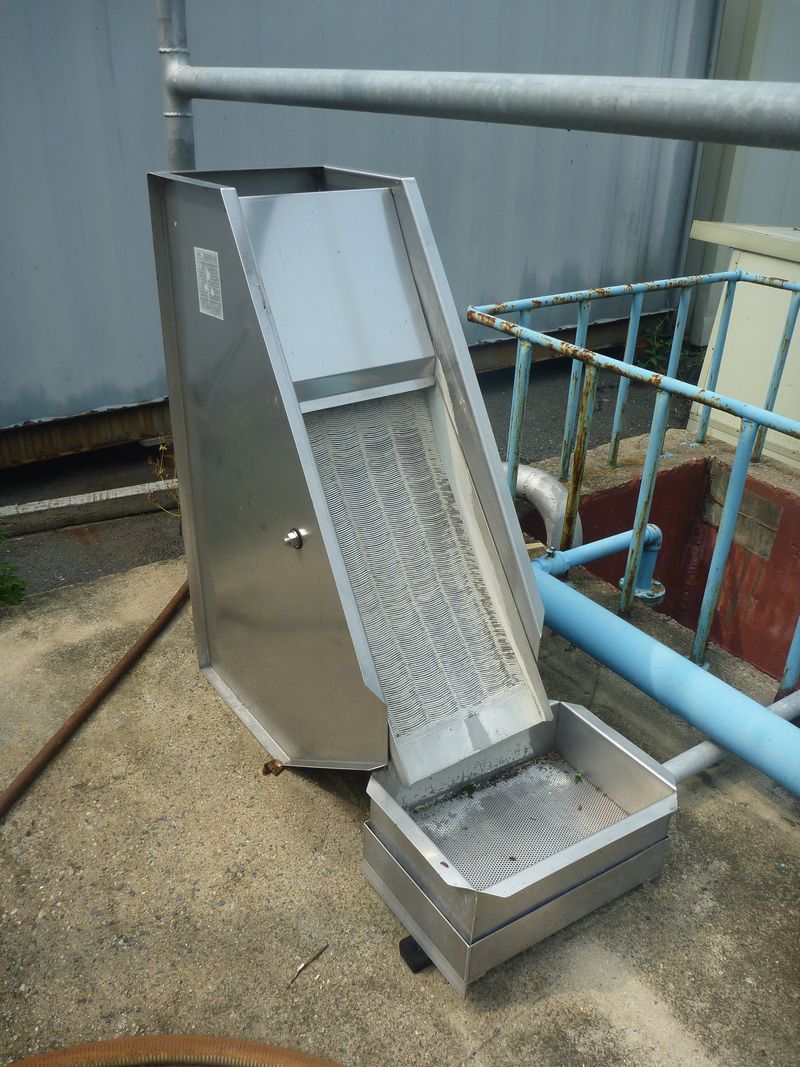 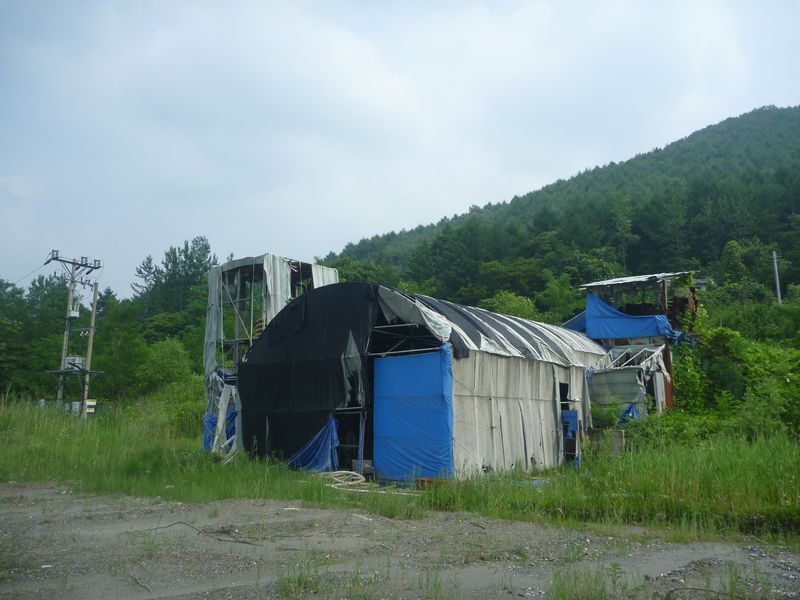