A New Family Dynasty in the Making in Ansan, Korea

According to an article in CNN today [EXPIRED LINK REMOVED:
https://edition.cnn.com/2010/WORLD/asiapcf/09/28/north.korea.kims.son/index?hpt=T2], Kim Jong-Un, the third son of  Dear Leader Kim Jong-Il and grandson of Great Leader Kim-Il Sung, was just named Vice Chairman of the Workers Party of North Korea’s central military commission. In this way, the process of family dynasty continues in the Crazy Kingdom up north.

However, in saner places, another and much more eventful family dynasty is also well underway. Following Sweetie Leader Treasure Bammel (aka “Treasure Yoo”)’s term in Fall 2008 as Vice Chairman of Class 7, Grade 3 at Seongpo Elementary School, Dude Leader Cauvery Bammel (aka “Cauvery Yoo”) was just named Vice Chairman of Class 5, Grade 3 for the Fall 2010 term at the very same school, having won his position in a landslide election earlier in the month. Here he is at the palace holding his Letter of Appointment.

Responsibilities of the Vice Chairman are wide-ranging and include important matters such as running errands for the teacher, getting the class to line up in order and making sure other students behave when the teacher is out of the classroom. 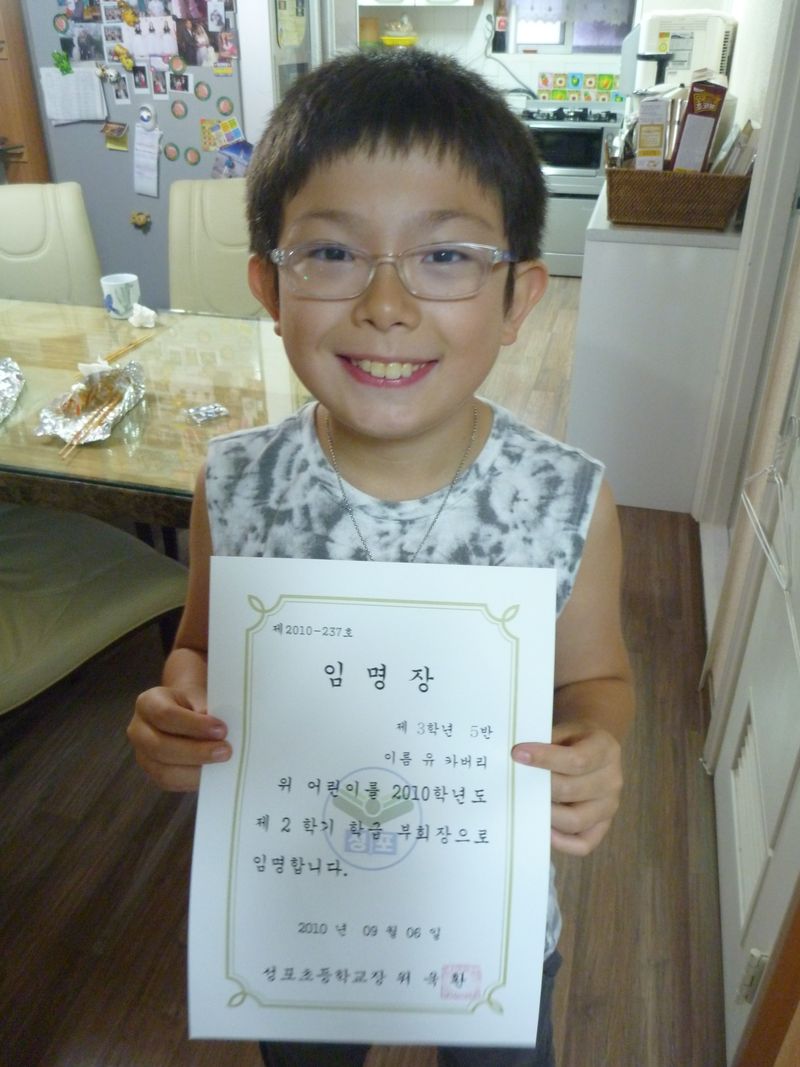 I hereby appoint the above child to the position of vice chairman for the 2nd term of the 2010 school year.

Tags: CauveryIn and Near Ansan