A couple days ago I posted a photo of a couple very similar cars, one of which is ours. (Click here for the photo.) I mentioned that there are three differences between the two vehicles, but thanks to feedback from others, we've come up with five. Here they are: 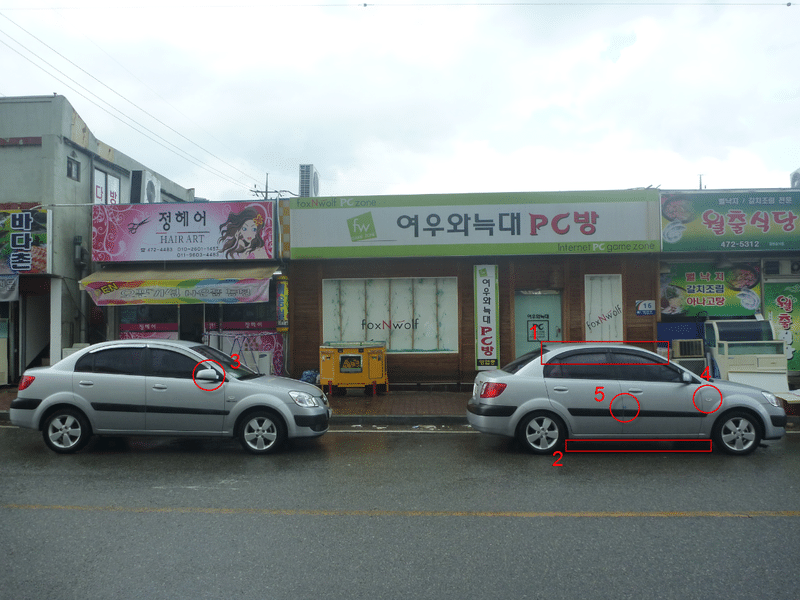 * It appears that the car on the left doesn't have an aerial antenna. And in fact, it's not visible at the resolution of the photo on the web post. But the following zoomed graphic shows it does have one and so this is not a difference between the two cars. 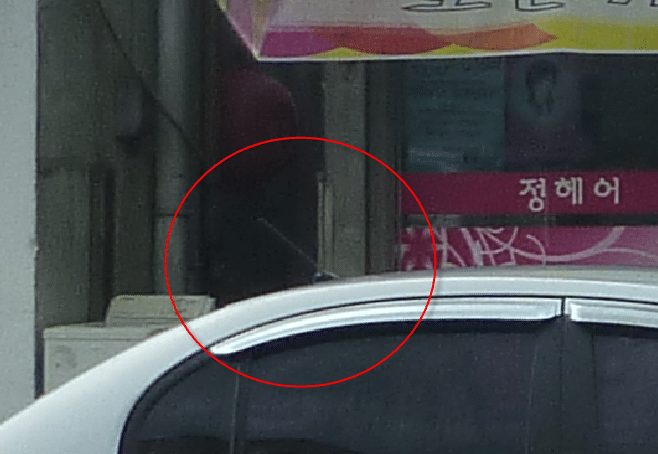