I wrote the Business Culture Fundamentals Specialization of the KBC Professional Certification Program to help non-Koreans make sense of Korean business culture and be more effective in Korean business. To date, we've had dozens of students sign up, with many of them having graduated. 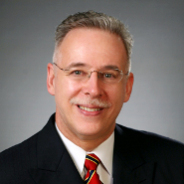 But one person who doesn't need to take the course is Rich DeBourke. As a member of Korea Business Central and principal consultant at SBF Consulting, Rich has been working in business for over thirty years and in the Korean market since 1995. He was kind enough to critique and add valuable comments and insights for much of the content in the lessons of the KBC Professional Certification Program.

The following includes selected excerpts from the KBC Professional Certification Program materials, along with Rich's comments and a few of my additional responses.

1. "Gifts are generally wrapped and if so, don't open until you leave (or unless they tell you to open it)." – (from the lecture email send to students of the KBC Professional Certification Program)

Rich: Open the gift but don’t try it out. One time I was given a pen by a Japanese guy, and the pen wouldn’t write – embarrassing!

2. "Small souvenirs from home show great consideration to your Korean hosts for a business meeting or when getting together with friends… Example souvenirs… a Disney toy for your counterpart's children if you live anywhere in central Florida… a nicely framed photograph of your city’s skyline with a small metal plate engraved with the company name on the bottom… Some duty-free alcohol" – (from the executive report "Top 10 Gifts to Give in Korea to Make a Great Impression", part of the KBC Professional Certification Program and also available free from the KBC Business Library.)

Rich: What about hats from prestigious universities or famous golf courses, if near the home office?

I think the brought-from-home and wrapped-at-home gifts go over well. A gift that was clearly wrapped in Korea looks too last minute. (We gave a senior guy a Montblanc pen and he clearly couldn't care less, I think in part because he figured out we bought it at the hotel gift shop.)

I’m not sure about the Disney toy – we used to bring Disney videos years ago, but everything is now available in Korea. So bringing something like Mickey Mouse may convey the feeling the giver thinks Korea is a poor country (Koreans are sensitive about that).

I’d recommend a city photo if the client visits your city. I'm not sure about giving a photo of a city he’s never seen (framed golfing pictures are usually well received, though).

On the liquor, it should only be Scotch whisky, and a guide as to what level of whisky for which level of contact would be helpful. Johnnie Walker Blue retails in New Hampshire for $210. A Macallan 30-year retails for much more… A bottle of good rum or vodka doesn’t go over well with Koreans. I generally recommend sticking with whisky. While some Koreans drink bourbon, it’s not as common.

… Chocolates that can be eaten during the meeting have gone over well, but expensive chocolates didn’t. Boxes of common but nice chocolates were appreciated.

… As an isolated situation, a foreigner working for a Korean company and going on a trip should bring back something. Generally it doesn’t have to be a “souvenir”. It can be almost anything that was purchased while on holiday (my wife has bought socks).

3. "You must never arrive at a Korean's home without a gift… It is also accepted practice to stop by the supermarket or convenience store on the way to pick up… juice or fruit." - (from the executive report "Top 10 Gifts to Give in Korea to Make a Great Impression", part of the KBC Professional Certification Program and also available free from the KBC Business Library.)

Rich: Juice? Never seen it done. I’ve seen Koreans give the vitamin drink, but I’m not sure that’s good coming from a Westerner. Fruit should be a gift box (not a bag of apples).

4. "Still, it is better to give a gift when not expected than to not give a gift when one is expected." -(from the lecture email send to students of the KBC Professional Certification Program)

Rich: I can't think of a situation of giving a gift when not expected. Gift-giving is one way (vendor to customer, junior to senior). But what happens if I give a gift to someone who, under Korean cultural rules, should also give me a gift, and they haven’t prepared one? I would embarrass that person – possible? Likely?

Steven: Gift-giving in business isn't always required. In fact, other than social-based gift-giving that is also observed in the workplace (such as for weddings, funerals), there aren't a lot of situations where a gift is absolutely required. Visiting for the first time on business would certainly be expected, but what about the second visit? Or third visit? The obligation goes down… As for gift-giving from vendor to customer, there's surely plenty of that going on, but it's not 100% one-way; vendors should at least try to show gratitude for customer gifts by giving a few back.

Overdoing the gift-giving can also be a bit of a problem. I remember a few months ago my family got together for lunch with a business associate and his family. They brought two rather nice gifts for us, and even promised tickets to a couple of upcoming concerts that they had extras for. I managed to pay for lunch, but that was still not quite enough to "balance accounts". When I met my associate a few days later, I took a Coach handbag for his wife that my wife had bought on a recent trip to the US and set aside to give to someone else. By that time, things had actually gone a bit overboard and it'll be awhile before we need to exchange gifts again.

As for embarrassing a Korean by bringing a gift that's unexpected or where he/she should also have brought a gift, I don't think this is a big issue. The Korean can just make sure to bring something next time (or at least promise to do so).

5. "An invitation to visit is an excellent "gift" to give after your hosts in Korea have shown a great deal of hospitality to you. It is unlikely that the invitee will take you up on the offer and extending invitations that aren't intended to be claimed is a common practice of etiquette amongst Koreans too." - (from the executive report "Top 10 Gifts to Give in Korea to Make a Great Impression", part of the KBC Professional Certification Program and also available free from the KBC Business Library.)

Rich: I think in a business situation, it is very likely that they will be visiting your office, especially if it’s a significant deal. So it is likely they will remember any offer of “come over for Sunday dinner” and will expect to have it happen.

6. "Money is the standard gift at weddings or funerals and one-year birthdays of babies." - (from the executive report "Top 10 Gifts to Give in Korea to Make a Great Impression", part of the KBC Professional Certification Program and also available free from the KBC Business Library.)

Rich: 60 or 70,000 won should be sufficient for a wedding/funeral/one-year birthday gift – sometimes foreigners get invited to a number of these functions, and you don’t have to be that close to be invited (more people equals more money for the couple)…

Weddings versus funerals – Generally, my wife will send money if a friend has had a death, but we only give money for a wedding if we attend, and we decline more invitations then we accept.

Steven: Wedding invitations don't necessarily need to be declined; just not going is often enough. You can apologize later for having had other plans that day, and a gift won't be expected since wedding gifts are usually only given if attending. The exception to this would be if you miss a wedding of someone that you absolutely should have attended.

7. "A gift certificate to a local department store makes a great birthday or friendship gift to someone with whom you have an ongoing relationship."  - (from the executive report "Top 10 Gifts to Give in Korea to Make a Great Impression", part of the KBC Professional Certification Program and also available free from the KBC Business Library.)

8. "On the Death of a Fellow Student's Mother and Figuring Out How Much Condolence Money to Give Him" – (recommended reading for the KBC Professional Certification Program and available in full as a weblog post here on Nojeok Hill)

Rich: The story’s good, but how does it apply to business? If a business acquaintance has a parent pass away, how much should be sent? Possible to put together a table?

Steven: In business, I think about W100,000 would be a good base amount if the recipient is someone with whom you've got a relationship that deserves a gift; it would seldom go lower (and not below W70,000, I don't think). If a business partner or someone close, then a higher amount would be appropriate.

Just hearing about the death of someone's relative at the office isn't enough to have an obligation; you've got to be relatively close, such as in the same department or office, unless it's a small company, in which case you might be obligated regardless. Also, the death of someone's sister is unlikely to require a gift, whereas a parent, spouse or child is a different matter.

If you've been told about the death promptly, it probably means a gift is in order. It's also likely you'll have heard about the death through a third-party so it's fine to ask about the appropriateness of a gift and how much to give. The other person may say you don't need to give anything, but if you do think you should (or would like to), then keep pushing for information. Even if you can't make it to the funeral, you can still ask about the details of the bank account to which gift payments are being collected and send your money there. (Don't ask for a receipt!)

If you hear about a death weeks or months after the fact, it's generally too late to give. It means you weren't expected to give anything.