Soong Huh's signs, which drape the World Core Building next to my office, promise that he has the "Energy to Develop [literal: "Cultivate, Nurture"] Ansan". As previous spokesperson for Gyeonggi Province and senior secretary to Gyeonggi Province Governor Moon-Soo Kim, when the Governor was a national assemblyman, Soong Huh doesn't feel the need to smile broadly or clasp his hands to appeal to the voters. My wife also heard from her friend that he's the best candidate, so that pretty much settles it, I guess.

Since his signs are also brought to us by the Number 1, I'm thinking the primary process to select the official candidate of the Grand National Party for mayor is still underway.

At least one of his opponents, Mr. Jeong-Goo Shim, has already been featured in a previous post here. 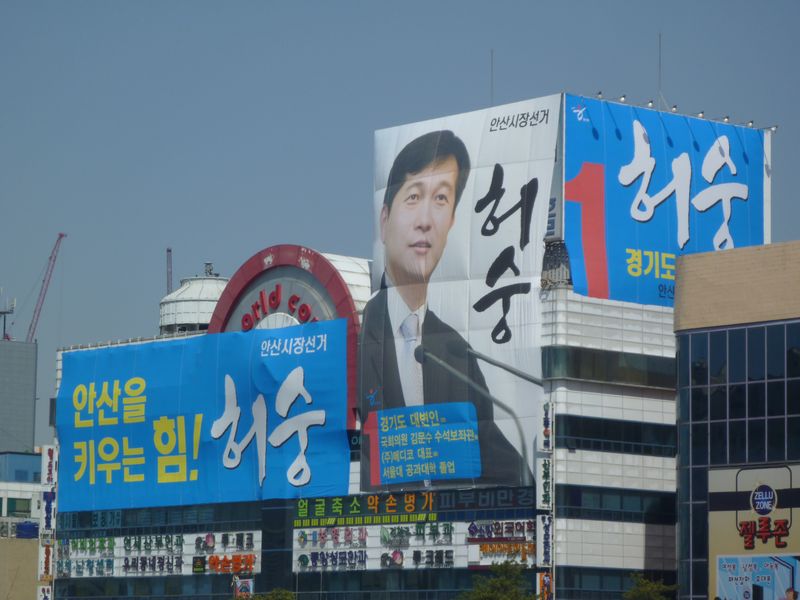