Nojeok Hill, My View from the Top – The New City of Ansan

My Korean hometown started life as one of the first "new cities" in Korea, master-planned by the government and built to alleviate congestion in the Seoul area caused by millions of people moving from the countryside into the capital region during the course of Korea's rapid modern development.

Construction on Ansan began in the early 1980s in this area which previously existed as little more than a small fishing village called Banweol. When I arrived in late 1993, the city was about half-finished. The area north of the metro line was mostly complete and the area south of it still mainly undeveloped.

Today, Ansan is a city of a million residents adjacent to the giant Banweol Industrial Complex, an area of factories producing all manner of goods for the Korean industrial economy.

The following photos which I've taken from the top of Nojeok Hill show the dramatic changes in a large swath of the city that I've personally witnessed during my time here. 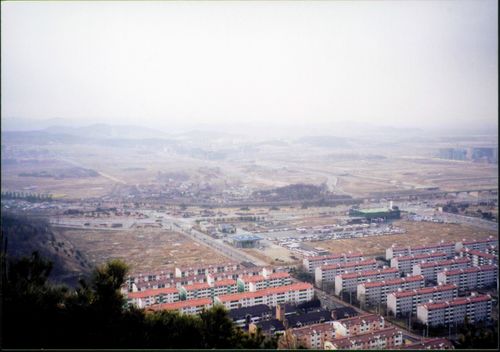 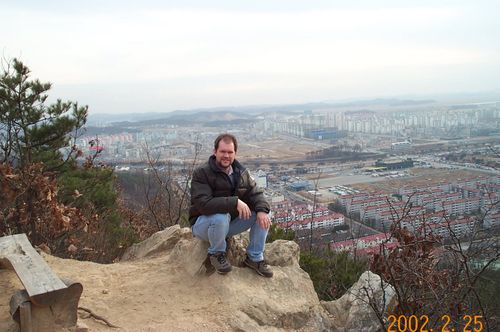 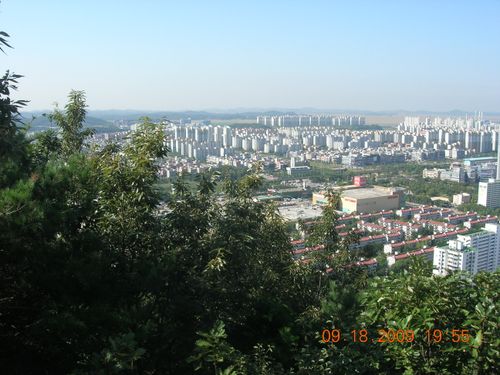 It is these beautiful views of the city, for which a 360-degree panorama is available from the top, that make Nojeok Hill such a nice place to get away for a hike several times a week.

Today, there are many other new cities, mostly but not all, in the Seoul area. Other early new cities where construction began in the early 1990s include Shihwa, which is adjacent to Ansan; Ilsan, north of the Han River to the west of Seoul; and Bundang, south of Seoul. Another more recent new city under construction and of particular interest to me is Songdo, which can be seen in the distance from the top of Nojeok Hill.

Even today, as Korea moves from "emerging market" to "advanced country", similar construction is still underway in countless places, most a bit further from Seoul thanks to faster transportation links, and all still being referred to as "new cities".

But no matter how gleaming the new apartments are everywhere else and how much they resemble my neighborhood, I always remember that this "new city" wave of the future in Korea started, in large part, here in Ansan some thirty years ago.