We were in San Antonio recently dropping Treasure off at university and while we were there, we met a friend of Myunghee's. After dinner, Myunghee's friend posted this photo on Facebook. 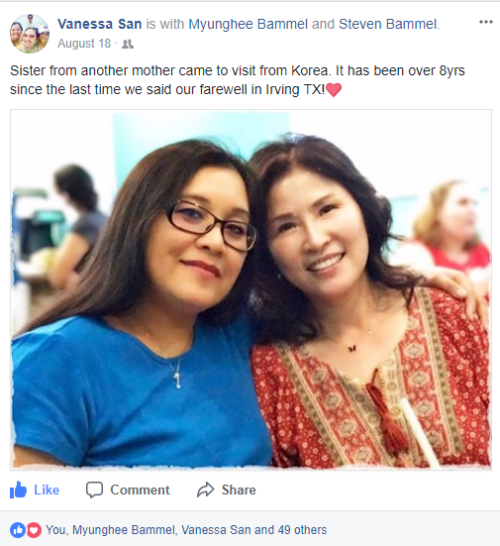 An old friend of Myunghee's in Korea saw the photo and added the following comment in Korean.

The comment was a bit odd, because she mistook Myunghee's friend for Myunghee's daughter. But her comment was still nice, and here's a correct translation of what she said:

"Your daughter's really turned into a fine lady."

Unfortunately, anybody who clicked the "See Translation" link saw this:

The latest approach to machine translation (called "neural MT") generates translations that sound much more natural than previous "rule-based MT" and "statistical MT" approaches. However, though the translations sound good, you can't trust them. I've been amazed at the incorrect and incomplete translations I've come across from this technology. Sometimes it even adds in unrelated information from its neural database. I once saw a CNN byline (complete with date) show up in the English MT output of Korean content that had nothing to do with CNN.