Cauvery and I headed out to Incheon yesterday. He was most interested in visiting the amusement park on Weolmi Island and getting to each jajangmyeon. For me, it was a chance to reflect on the history of the area, both MacArthur's landing at Incheon in 1950, and the foreign community that had been so active in Korea during the late 19th and early 20th century in this very area, including Chinatown, where Cauvery was going to get his jajangmyeon.

As we stepped off the metro at Incheon Station (Visit in Google Maps), we were greeted by this little memorial pointing out that this is is the spot where the first rail station was built in Korea by Americans who connected Incheon with Seoul. 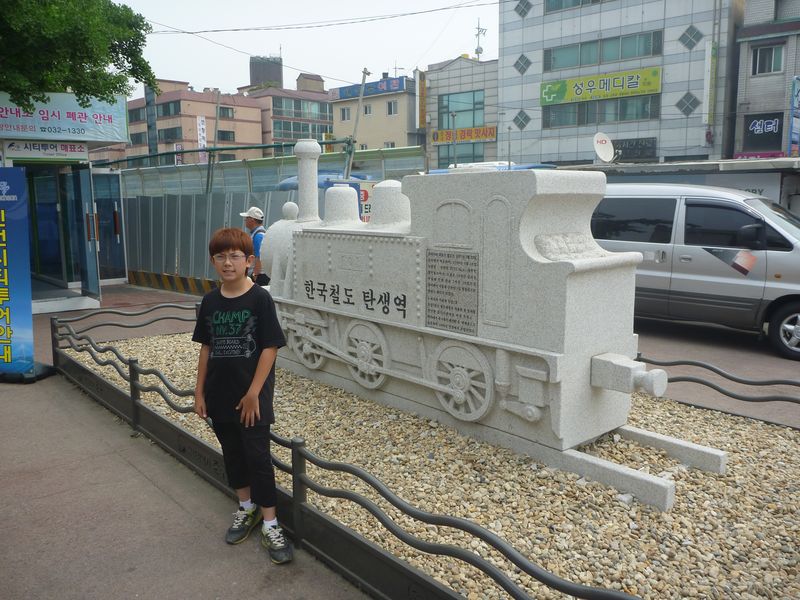