Sim Jae-Duck's nickname as a child was "dog shit" because he was born in an outhouse. Apparently he liked that though because he went on to become the Mayor of Suweon with the slightly better moniker of "Mr. Toilet".

During his tenure as mayor, Mr. Toilet worked to improve toilets throughout the city, especially in preparation for the 2002 World Cup, and in 2007, he had a new house built for himself in the shape of a toilet, with the bathroom being located at the very center of the building.

Mr. Toilet was instrumental in the founding of the World Toilet Association and after his death in 2009, his family donated the house to the city of Suweon, which renovated and now operates the premises as a museum of sorts to teach visitors about Mr. Toilet's life and work, the history of toilets in Korea, as well as a number of humorous computer displays and games.

I had told the family I was going to take them to a "mystery location" yesterday but the only hint I gave them about the destination was the word "poop". It still took them a bit of time to get oriented once we arrived. As a free afternoon outing, it would be hard to beat this as a destination, especially with kids. The lawn area around is also peaceful; a great place for a dinner party!

Here's a link to the Mr. Toilet House website in Korean and English. Click here to visit in Google Maps. 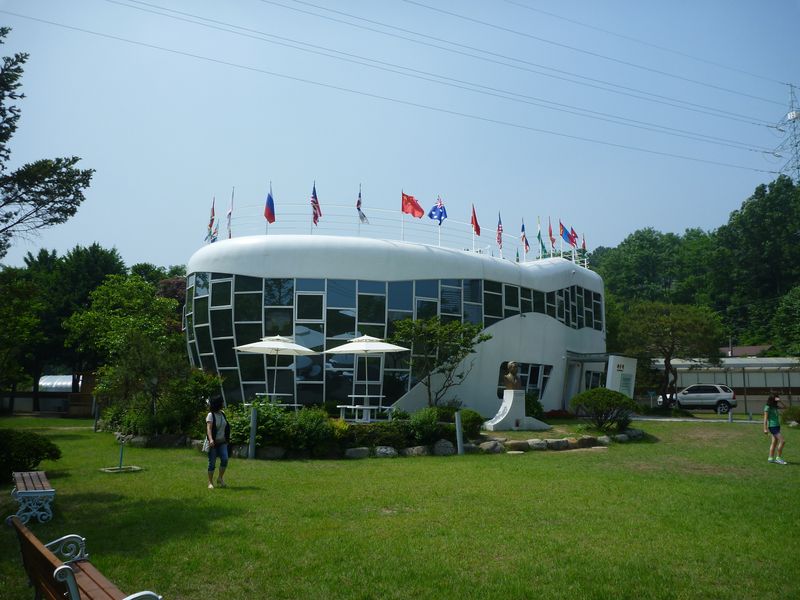 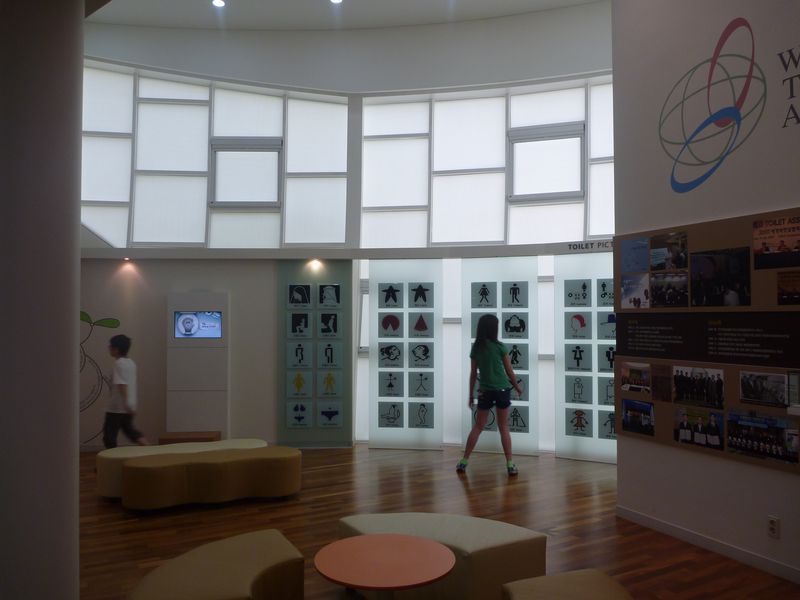 This is Cauvery just as he got out of the toilet. Treasure saw the big smile on his face and so in this photo, she's about to walk in and take a dump too in the waterless public toilet behind. 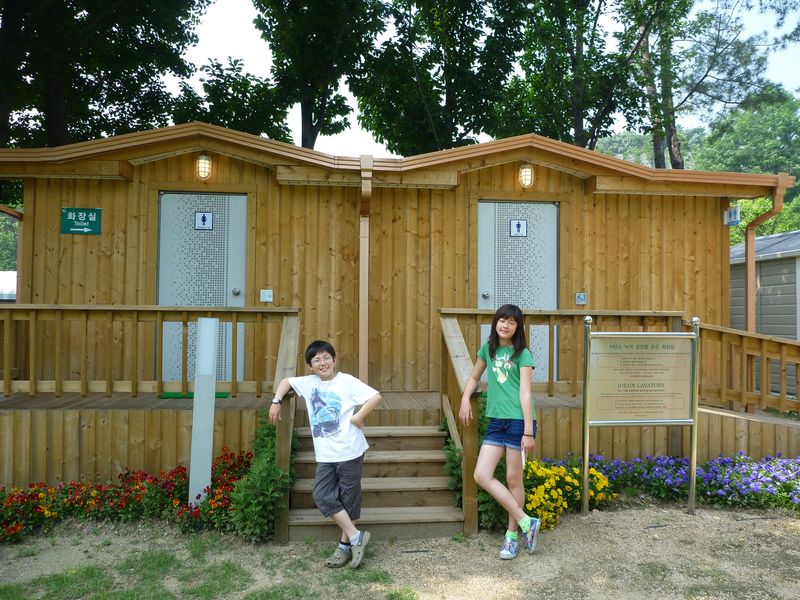 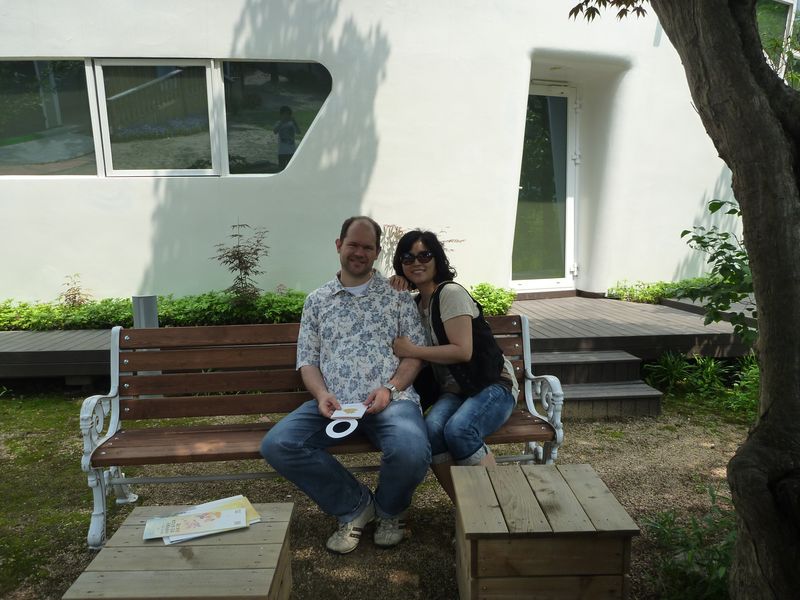 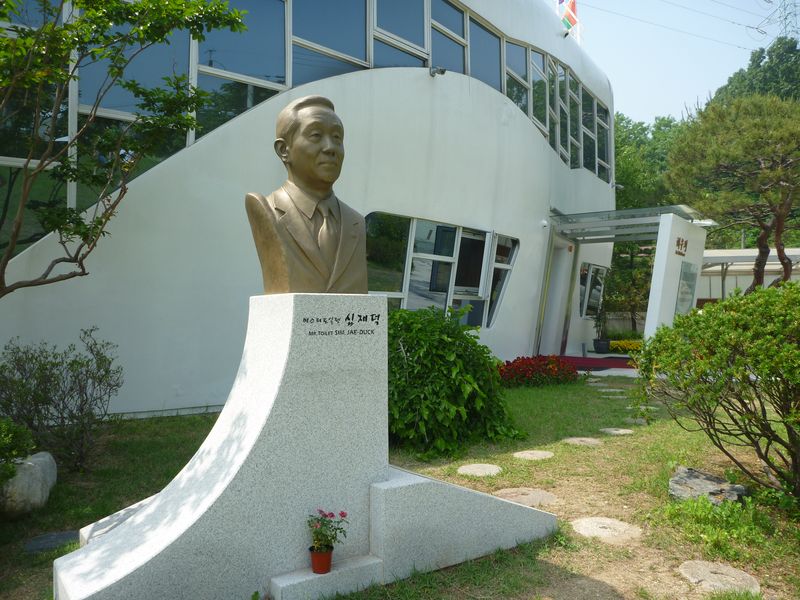