Last year around this time, we were enjoying tulips along Ansan Creek which runs along our neighborhood here in Seongpo-Dong, Ansan. (Click here for photos.) But this year, it's been cancelled… and in fact, it's cancelled until at least 2014!! You might think that this is a bad thing, but no, it's some of the best news I've gotten in a long time.

The reason is that the Ansan Creek, while beautiful from afar, is actually quite polluted. There's a bit of a hint of this in my recent video A Short Walk Home from Work in Ansan, where Secton 4-d is labelled "The Smelly Sewer Pipe".

I still remember when GyeongGi Province Governor Moon-Soo Kim showed up at the 2008 Tulip Festival and promised to clean up the stream; well, here we are in 2011 and it's finally coming to pass. The sign below explains about the work and I'll be posting photos as the work progresses.

I'm really looking forward to the improvements and I hope they make it as nice as Cheonggyecheon in Seoul, another formerly filthy Korean stream. 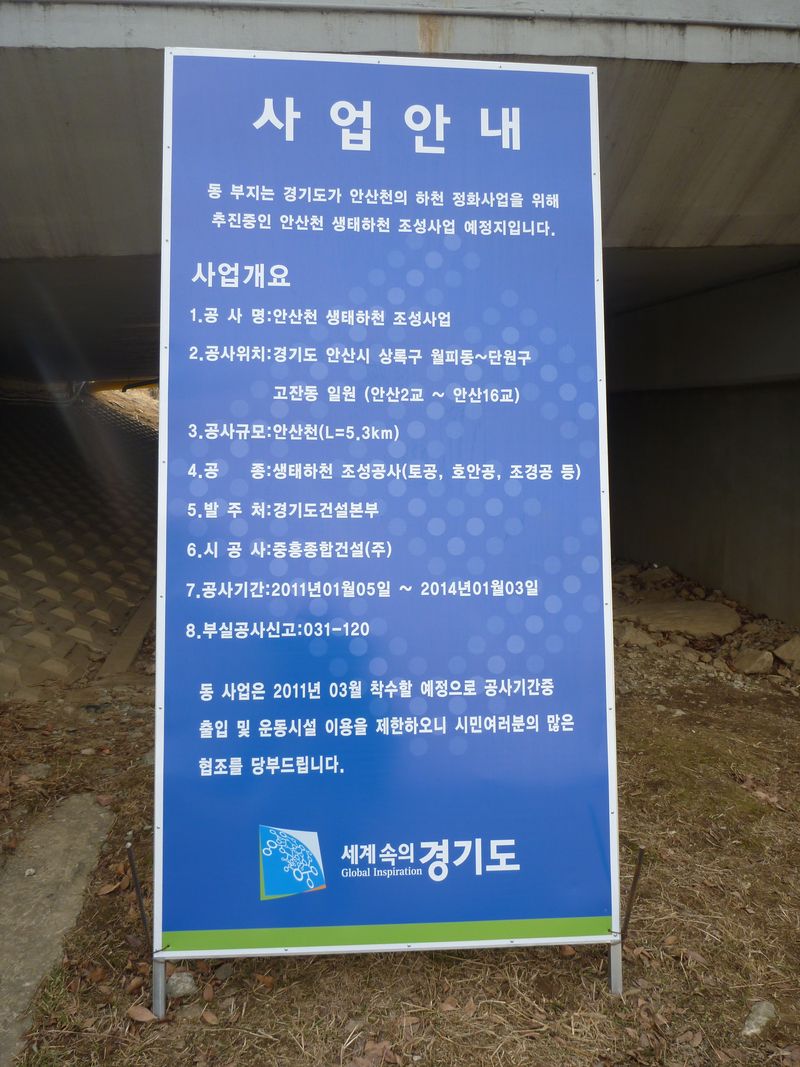 This is the site planned by GyeongGi Province for the Project to Create an Ecological Stream at Ansan Creek and is being promoted in order to clean up Ansan Creek.

This project is scheduled to start in March 2011 and during the construction period, entry/exit and the use of exercise equipment are to be restricted. We ask for the cooperation of the citizens.

GyeongGi Province: In the World