Photos at GAFIC in Suweon with the Governor

These photos are from the meeting on Thursday morning where Governor Kim showed a lot of interest in me and my role with the province, telling the Koreans in the room to make use of me in promoting GyeongGi Province. This followed a dialogue of about five minutes where he was extremely impressed and surprised at my long experience in GyeongGi, as well as my Korean skills.

He also mentioned that I should be sure to contact Don Valiant, a long-time advisor at the provincial office, and someone I already had the wise forethought long ago to bring into my network.

Anyway, later in the day, I sent the Governor a message on Twitter, which he promptly responded to. (Click here to view.)

This is the 4th or 5th time I've met Governor Moon-Soo Kim. (Click here for photos of a previous meeting in 2009 when he recommended me to an advisor position for the province.) 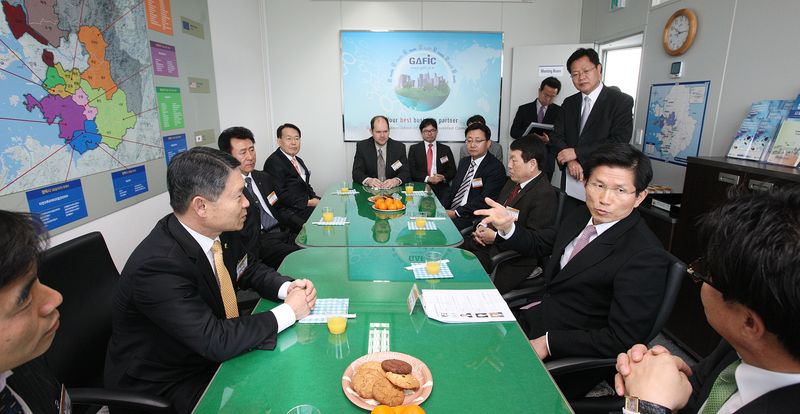 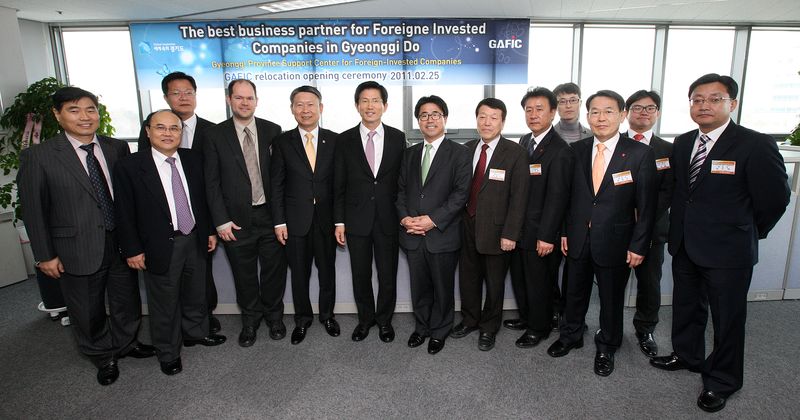