A Realistic Answer to “How Did You Get So Fluent in Korean?” (Part 1 of 5)

The only proper first answer to this question is, "I'm not fluent." Fluency implies a level of comfort in the language that I don't ever expect to achieve. The word I've used for at least the last ten years or so is "proficient" and even that is a pretty generous assessment of my ability, particularly when I'm trying to put together a complex thought.

But this is a question I get a lot from non-Koreans who are frustrated with their progress in learning the language (as well as Koreans that just want to compliment me… such kind folks, really). In fact, I was contacted just a couple weeks ago by the CEO of a US company in Korea who is trying to improve his Korean skills and wanted some pointers. I've put together a few posts here to reflect on my thinking and experience, hoping it can be helpful to others.

I should point out that much/most of what I'll share is not unique to learning Korean; it is equally applicable to learning any language… I am constantly amazed at the level of fluency reached by a few people, particularly in English, and especially those from Europe. I have no idea how they do it. Thus, these articles will likely be more relevant for the "rest of us" who lack those superhuman language-learning skills.

When I first arrived in Korea in late 1993, I planned to learn Korean (completely, no less) in about two years. Then I wanted to go to Japan and learn Japanese… and finally head to China to learn Chinese. I figured I'd be a pretty smart guy after all that. As ridiculous as it seems when written down like this, I don't think my expectations were unusual as I get the feeling this is the kind of unrealistic goal many people have when they come to Korea and start learning Korean. 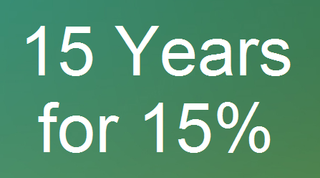 And the delusions don't end once the first lessons are over. I had a friend from Bangladesh tell me that after a year of studying Korean back home before arriving in Korea, he felt he'd reached a 50% level on the language. I was contacted a few months ago by someone who had apparently done most of his Korean-language study outside Korea and told me he'd gotten to 70% proficiency; he wanted to know how he could knock out the last 30%.

If I were to put a number on how much of the Korean language I know, I'd estimate it at around 15%. Fortunately, a lot of communication can take place within this small range, but to think I'll ever get past 20% is unrealistic.

My experience with learning Korean has often reminded me of some wise words first shared with me by my high school chemistry teacher Mr. Kastrop: "I finished college knowing less than when I started." As I study Korean, I realize just how much more there is to learn and how little of that I know… and can even hope to learn.

It's Harder Than I Ever Expected

Kids are a different story, of course, but anyone coming to Korea for the first time after finishing university back home (I was 23 when I got to Korea) should have a realistic view of how much work it's going to take to learn Korean and how far they will ever get. In fact, it often seems that every expat in Korea and his brother is studying the language at various levels but those who reach proficiency are a very small number.

I've also rarely, if ever, met a non-Korean who spent a year or two in Korea before getting serious about language study and then buckled down to make huge improvements. Everybody I know who got good in Korean hit the ground running right from the beginning.