Mr. Dong-Il Jang is running for the Gyeonggi Province Assembly as a candidate from the Democratic Party. He's got a small sign on Star Plaza. 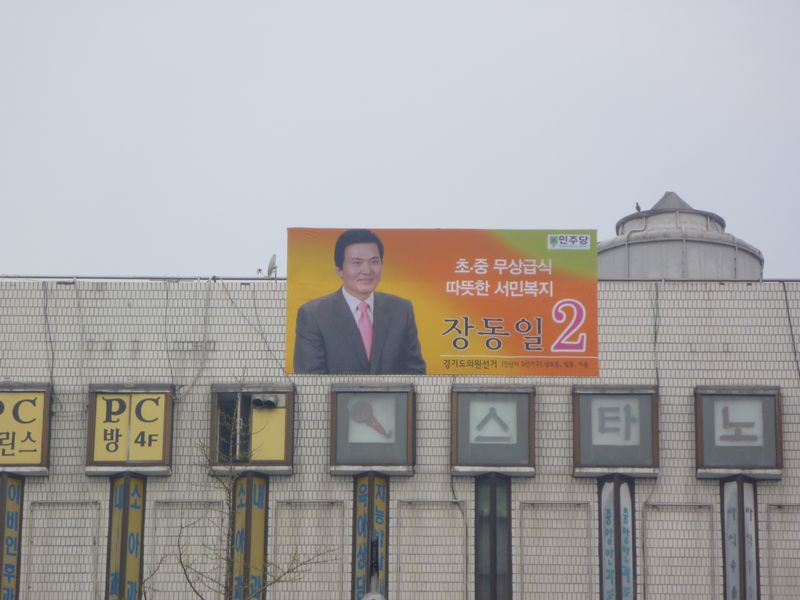 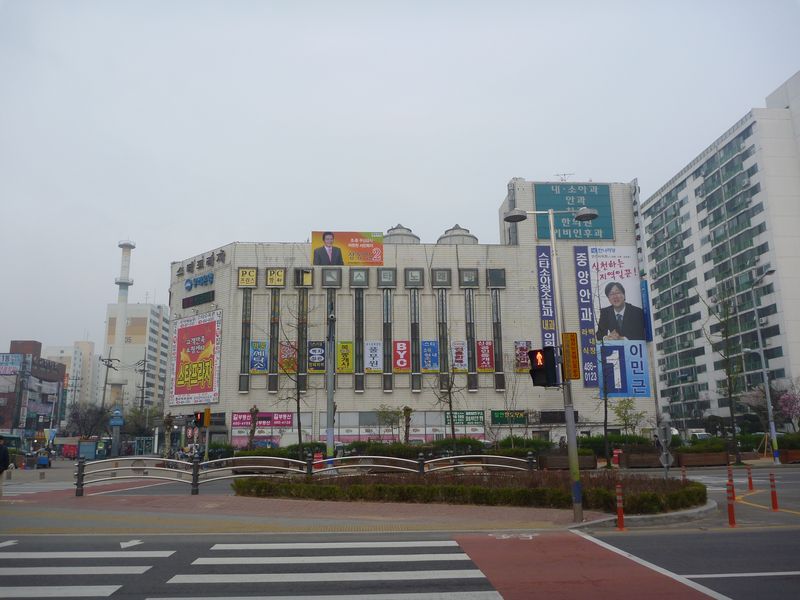 I did get ahold of one of his introduction cards. Here it is, with the translations. 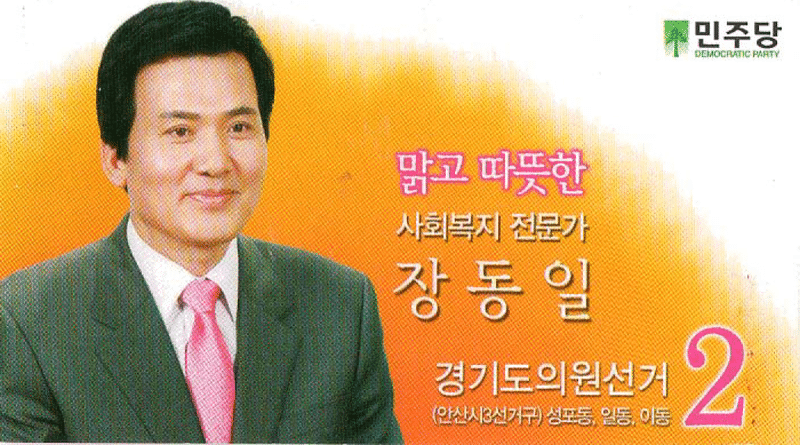