Insight into Just How Little Anybody Really Knows about North Korea

Take a close look at the following photo of Kim Jong-Il embracing the Chinese premier in Pyeongyang this week. 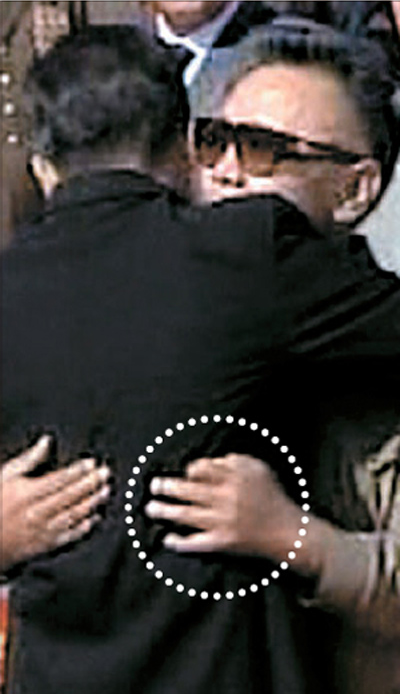 Considering that the border with North Korea is just a short drive from Seoul (indeed, I used to have a view of the mountains of North Korea from my desk while working at LG International Corp.), it's often hard to help people understand the extent of the world's ignorance about the communist country. Here's an excellent opportunity to explain.

It is assumed that Kim Jong-Il had a stroke last year but the only way anybody knows this is from indirect evidence, such as photos and video released by the North Korean government. Usually, these are undated and occasionally fabricated. (The most absurd recent example I can think of is where North Korea published a photo that a South Korean guy had put up of himself on his website but which the North Koreans insisted was a recent photo of Kim Jong-Il's son… It turns out the latest genuine photo available of the son is several years old and was determined to be him only after he returned from studying in disguise in Europe.)

Anyway, apparently what's interesting about the above photo to those who study North Korea is that is shows one finger of Kim Jong-Il's that won't extend, indicating a physical issue that has not healed from his stroke last year.

If matters this trivial and based on such small details are the focus of this kind of attention in South Korea (indeed, the photo was printed above the fold on the front page of the Jungang Ilbo newspaper this week), consider what this says about how much is really known about North Korea and the "Dear Leader".